The net is bursting with all kinds of images, but what are we really interested in?  The Image Library wants to know. 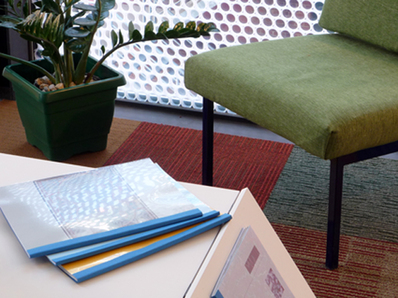 The objective of The Image Library was to unify the roles of artist and viewer and make the creative process open for all to participate.  In the same way, the project highlights the perplexities of authorship over the digitally appropriated image, a contemporary issue in a society where mass-image sharing and distribution is prevalent.

Images are a quick form of communication, expressing concepts instantaneously and cognitively, without the barriers of written and oral language.  In sharing their chosen images, participants are sharing a piece of their mind, a creative gesture in itself.  The project aim was to offer the participants the personal satisfaction of contributing to a project and knowing that their input and view is of interest to others.

The Image Library has saved a bunch of digital images from a fleeting, virtual existence and give them a real life in the tangible world.  As the books age they will become time-capsules, offering a glimpse into the past that would otherwise disappear from the non-space of the net.

The physical library itself took a non-space (a lift foyer) and transformed it into a shared space that provided a social platform as well as a relaxing atmosphere for visitors to feel comfortable spending time in.

The Image Library was a socially charged project.  The internet is now such an integral part of everyday life, where information can be accessed readily and new social connections can be forged, but at the same time its use is an occupation that involves physical alienation.  The Image Library took a popular aspect of the internet and introduced it into a physical space where face-to-face social interaction could take place.  In this way, The Image Library transformed the virtual into something tangible and humanising, with the added benefit of preserving images that would otherwise have a fleeting and temporary presence on the internet.